The Challenges of Enclosure Design

Recently a talented designer friend of ours lamented that he has “spent years just designing boxes for things”.

As simple and mundane as that sounds, each enclosure project poses unique challenges for product designers. Teams developing benchtop instruments or electronic appliances of course want something that will set them apart from the competition. They want an enclosure that will somehow communicate to the world just why months or even years of effort were spent developing the tech that is inside the box.

We’ve had more than one product manager tell us: “I don’t just want a shoebox” while showing us their team’s prototype, housed in a generic, off-the-shelf enclosure.

The challenge of creating a visually compelling enclosure that effectively communicates the product’s use category while meeting all technical, budgetary and time constraints usually falls on the shoulders of product designers. Sometimes we succeed, sometimes we do not.

In our experience, the major driving factors that influence the final look of any enclosure, beyond the basic technical and size requirements, are of course, target unit cost and project deadlines.

Curvy, glossy product designs tend to be more expensive and time consuming to develop and require more ramp up time when it comes time for mass production.

Here is an example of an enclosure concept we presented several years ago. While the enclosure design was functionally sound, built to fit over an existing cast aluminum frame and to direct air flow over thermally sensitive components, the curvy bits would have required tooling for RIM molding. While molded cover sections were expected and budgeted for, it turned out that there was just no time in the product development schedule for creating and refining molds!

Within a few days, we presented an alternate design, shown here:

The new design was optimized for fastest possible time to market, with powder coated sheet metal housings requiring minimal tooling, and a billet CNC machined front panel, requiring no custom tooling at all, that would structurally replace the old cast aluminum frame. If sales volumes permitted, this front panel could be eventually be redesigned as a die-cast part to save costs. Eventually this second option was chosen by the client because it met the functional, cost and lead time parameters, while still retaining some unique styling features. The client’s engineering team went to work and produced a modified version of this design, which became the Spectravision product shown here. 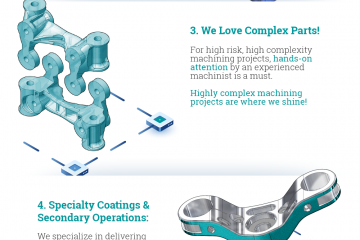 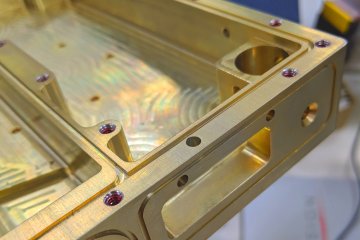 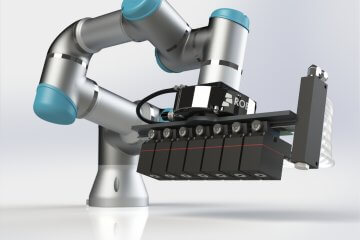